he said usually hes building cages for vehicles with no interior at all but we could look into it more when im ready. but at the same time since this one already has some visible rust on the outside i dont want to bother caging it. might have to look into a simple cage more for it maybe.
by northern
I got to start caging my ranger, its getting alittle more air then i thought, and ill need to go with 16" shocks and a bed cage soon at the right im going with it. 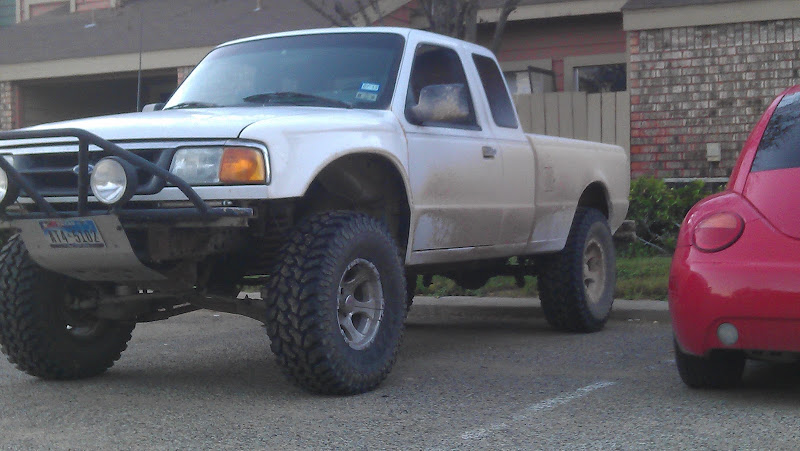 by 08kgraves
dodge neon to a ford ranger? come on man lol

my first gen dakota was a beast! lol
by northern
It was cheep and when I got it it was stock, Ill hunt for the pic after work. its a daily driven toy.
by northern
At one time it was a nice average little truck, lol 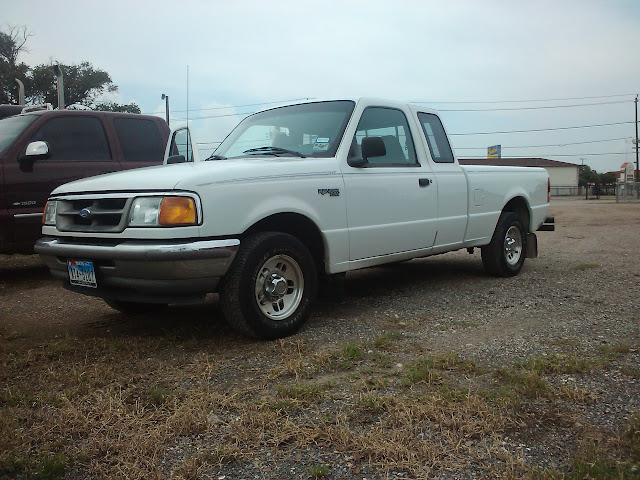 by 08kgraves
its way cooler now, still a ford lol but better now


so the guy has my blueprint for the new battery box, as well as my old one. i dropped them off last night. and while we were talking about it we both had a beer. the guy is super cool, his name is dan. we also talked about racing and his sprint cars some. after he gets his chassis powder coated ill probably be going over to help him put the car back together here and there over the winter. but anyway he said he should have the battery box done by the weekend for me and probably cost right around $20 to make. so i cant complain one bit. looking forward to picking up the battery box this weekend though.
by northern
Thanks,

To be all honest, I have had very little problems with it.
Every manufacture has good and bad points, good and bad ideas for vehicles.
by 08kgraves
very true there. i always tell people every company has there own problems. its just a matter of which ones do you want to fix? lol


anyway back on subject.

so yesterday i went to go check out the battery box since he said he would probably have it done in a day. well since i told him i wasnt in a rush i guess he wasnt either lol. it must be done for the most part because he said the only reason he didnt bring it home was because he still had to paint it. so im pretty stoked about hopefully going to pick it up today. he told me to be at his house between 4:30-5:00 so i will hopefully have it then

by northern
Post pics of this battery box when you get it.
by 08kgraves
will do, i thought i posted pics of the old one but i guess i didnt. here in a minute ill upload everything i have from my phone again and get some new pics up of the old one off the car
by 08kgraves
ok update time since i thought i already did part of this lol. here is where the battery mounts to on the car

some other parts i picked up from someone scrapping out a neon. only paid $10 for these parts. only thing i need is the trunk lid and the wheel well covers lol

old battery box pulled out. you can see where it broke because the back was not one solid piece. it was welded right there

and the lack of side bracing on the thin metal that was broken as well probably explains why my battery moved around like it did.......

by 08kgraves
its still not a 100% done. a few little mods need to be made to it for things we forgot and or did not take into consideration. the triangle cutout needs to be made on the side as well to clear the bracing, it was made for the 7" wide stock size battery not this new 6 1/2" wide battery so the clamp part needs to be extended or remade completely to hold the battery in place, and last but not least we forgot to measure the part of the battery to hold its handle so i will have to carefully cut it off with a dremel. which is no big deal. the stock battery is not as long so i think it will fit. but heres the pics i took last night for everyone. it will be painted to before i put it on.

you can see where the handle bracing is catching here

by 08kgraves
ok, more updates on the new battery box!

dont mind the scuffs. that from me sliding the battery out

mounts up with some 1/2" bolts to the car. the plate to go on the other side with nuts welded on it is not made yet

neither one of us thought about the bolt heads sticking into the battery........ maybe this was why my other one failed? not sure but because of this the battery box need some reworking now..........

back to the measuring and the drawing i guess

so with the good the bad and the ugly clear we now know what needs to be changed. im going to remeasure how the tray sits at current heith with bumper on. if theres enough room i will drop it down further so the bolts would just be above the battery. if not enough room then only other real option to keep the bolts from sticking out is to add material to the inside so that the bolts are then inset compared to the rest of the backing. also plan to get some button head bolts to keep it from sticking out so much. then we plan to use more of a racing inspired battery tray the uses angle iron over the top corner of the battery with all thread on both sides going to the bottom back of the battery to wedge the battery in much better. and i have an idea of how to make this adjustable to fit a few different sizes of batteries.
by northern
Just a thought, what about using carriage bolts?
by 08kgraves
i thought about that but as far as i know you can only put a nut on the one side right? that being said the way it has to mount you wouldnt be able to turn the smooth part itself which is what has to be turned. but the guy said he can get a rounded bolt like that that im guessing uses a torque bit or something. i dont know exactly lol. but by looks of it i can get away with a standard bolt and washer by just droping the tray down some more.
All times are UTC-04:00
Page 3 of 4
Powered by phpBB® Forum Software © phpBB Limited
https://www.phpbb.com/